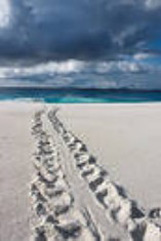 There are several ways in which to protect yourself and your family in the event of an untimely death. Most people take out life insurance to provide for their families and alleviate any financial worries at a difficult time.

Level Term Assurance pays a lump sum in the event of death during the term of the policy. There is no investment element within a term assurance contract so at the end of the term there is no maturity value and life cover lapses. The benefit is paid tax free and premiums are usually monthly, and fixed throughout the term. Because the term and benefit are known from the outset, and there is no investment content, term assurance is a very cost-effective method of protection.

Family Income Benefit works the same as term assurance but instead of paying a lump sum upon death, it will pay a regular monthly tax free income in the event of death to your dependants up until the end of the term of the policy.

Critical Illness is usually available as an addition to all term assurance plans but can be bought on a stand alone basis. Critical illness generally allows for the lump sum benefit to be paid also in the event of diagnosis of certain critical illnesses, such as Heart Attack, Stroke, Transplant, Blindness, Total & Permanent Disability and so on. Most providers conform to the Association of British Insurers standards for qualifying illnesses and it is important that you fully understand the terms of each illness.

JDC IFA is a trading style of Protection & Investment Ltd who are Authorised and Regulated by the FCA (Financial Conduct Authority) [Reg No 222993].
Click to verify our status with the FCA FCA number 222993.

Registered in England No 3757929
Protection & Investment Ltd is an Independent Financial Adviser which is authorised and regulated by the FCA (Financial Conduct Authority) [Reg No 222993].
Details can be found on the FCA website www.fca.org.uk
Registered Office: Chandlers House, Ganders Business Park, Kingsley, Hampshire, GU35 9LU
Privacy